The campaign is built around the ‘evergreen’ concept, αειθάλεια in Greek – A country blooming anytime. The tagline is obviously a wordplay between evergreen and Greece.

What is important is to also highlight the urban life in Greece which is already very popular and quite unique. It’s the mixture of cultures, an unconventional mosaic where antiquity and modernism, east and west, abstract and specific, random and purpose meet.

The visuals are inspired by the old lithographic EOT campaigns. Moody tones are used to enhance the wintery element and convey a cold feeling.

Three emblematic evergreen Greek trees are being used to the compositions to highlight the ever blooming concept; a chestnut, a pine tree (fir) and an olive tree. The trees used also give a perspective which creates a real space experience.

The logotype is a conjunction of W AND G that form a landscape with mountains and again I have used the same moody colours. Also the quarter symbolizes one out of four seasons. 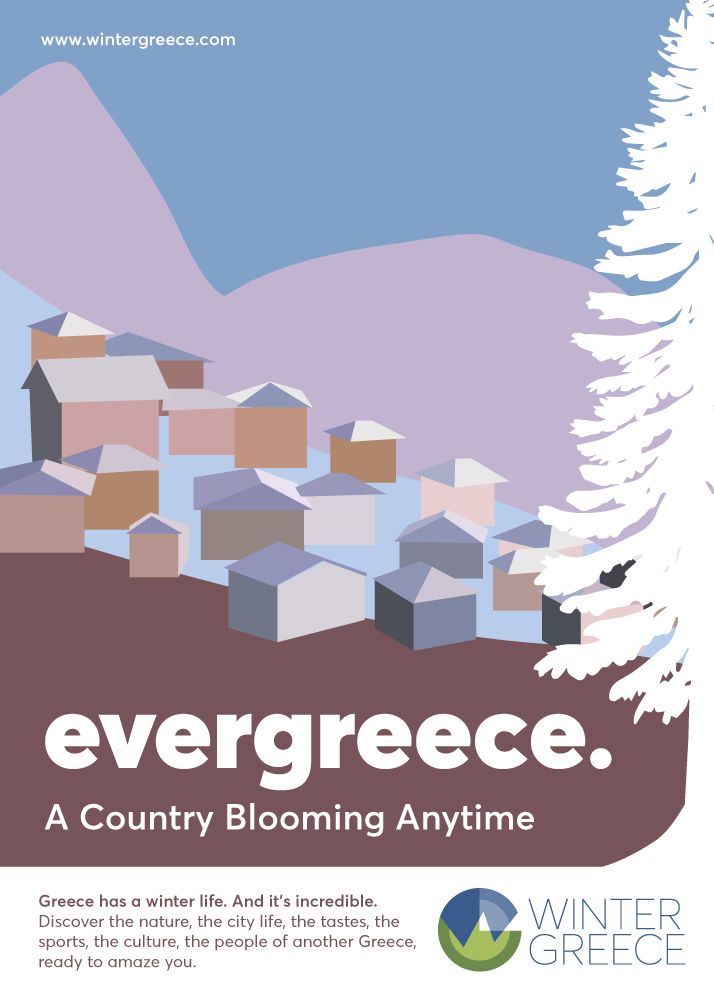 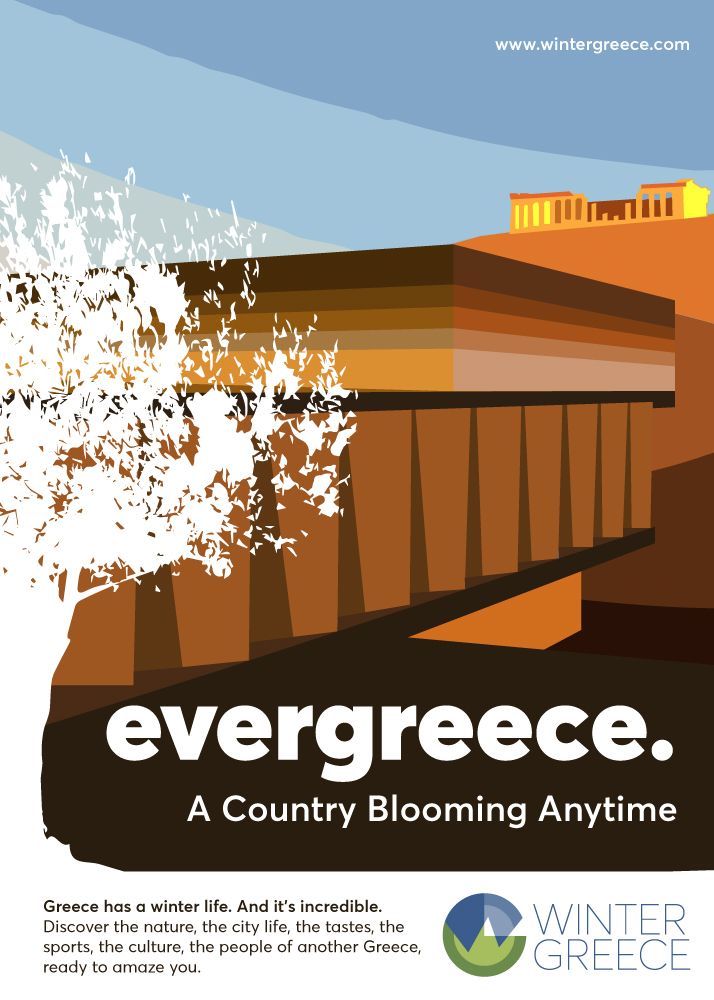 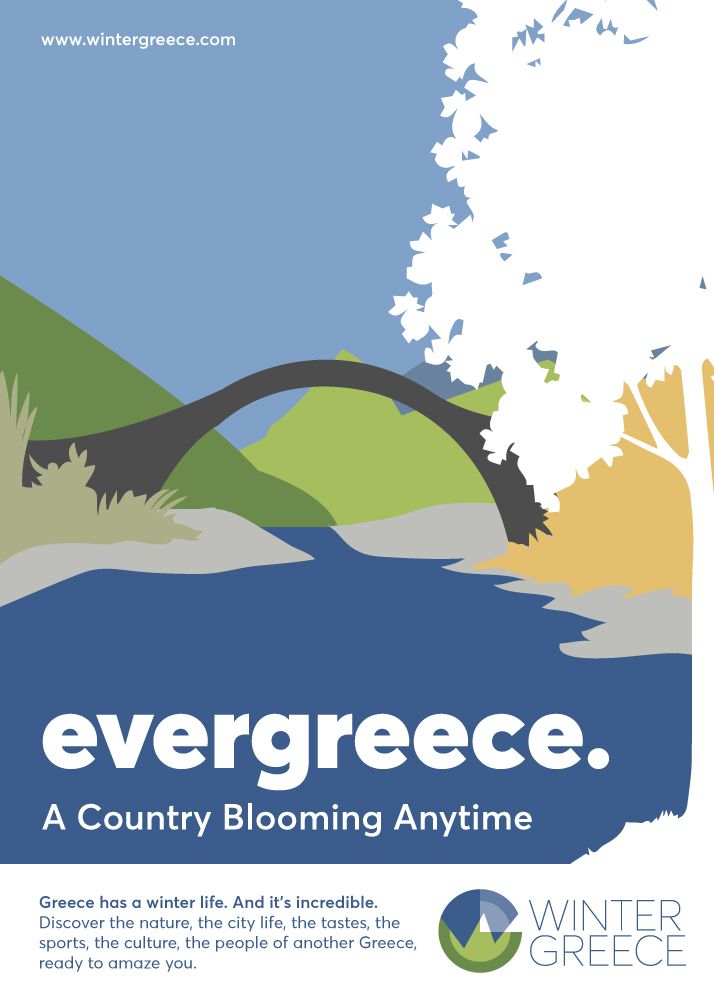 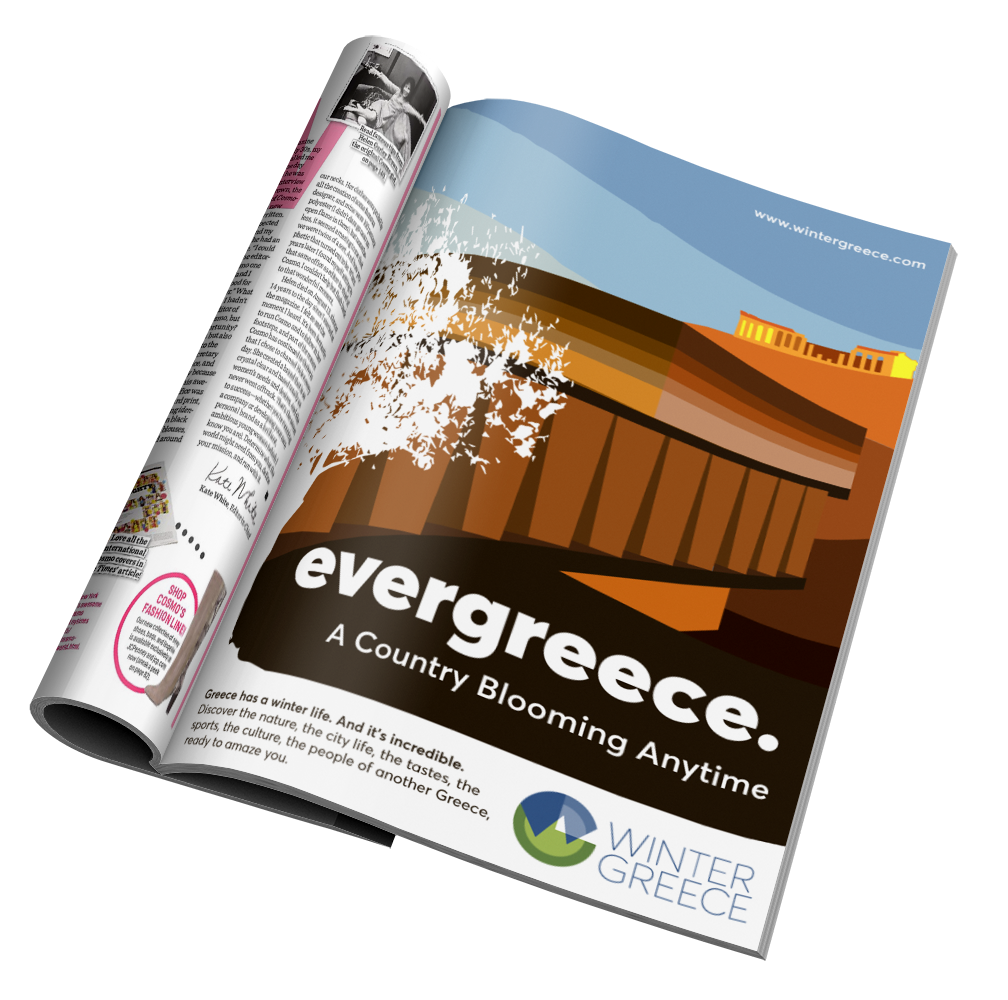 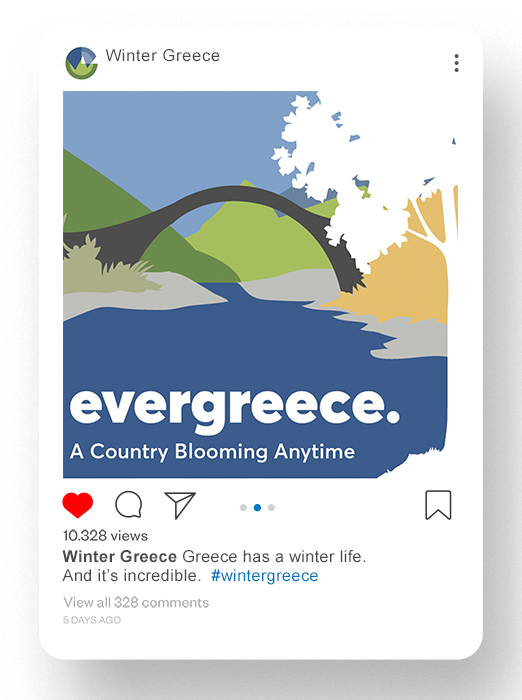 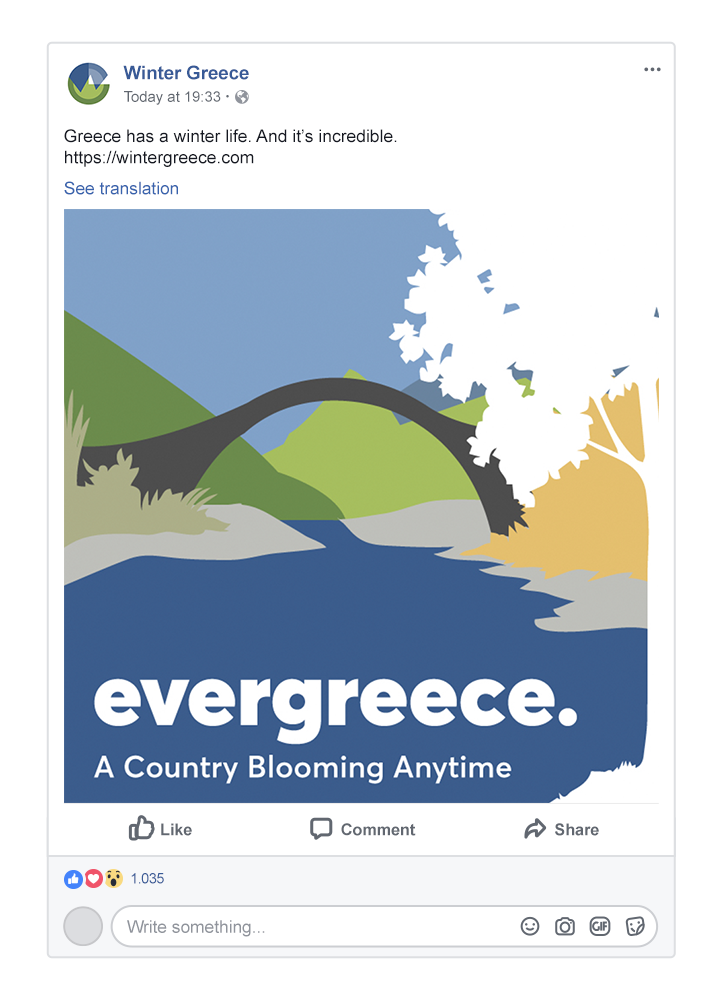 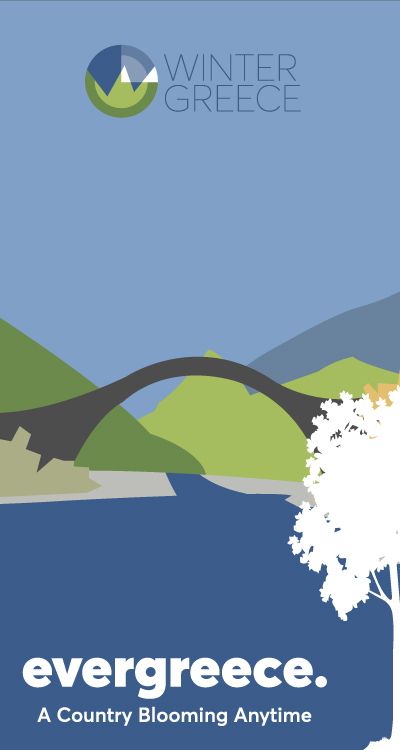 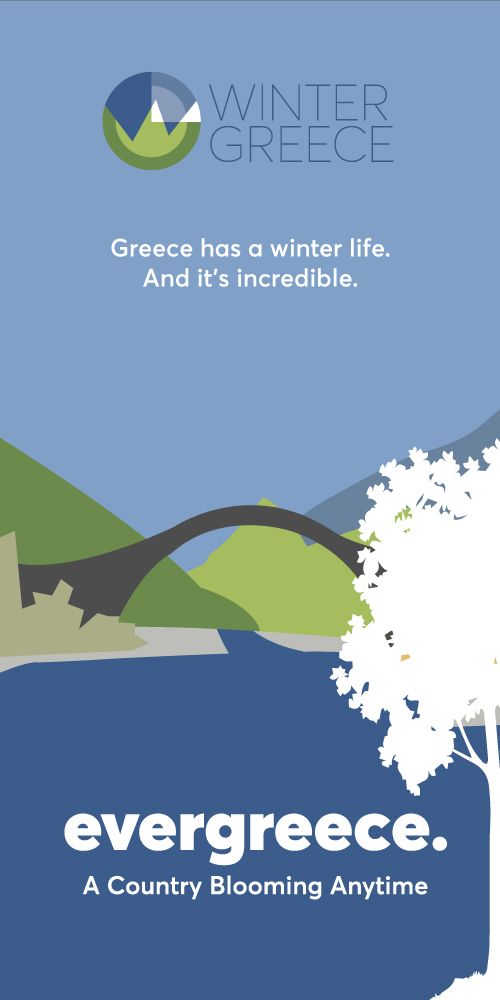