Target
30+, modern, curious, open-minded, daring, eccentric, passionate
Objectives
Surprise with the conceptuality and originality of the product and brand
Inform about the availability of the product in the market
Key Message
ASAHI can surprise you while discovering the essence of the brand; simplicity, sharpness and cleanliness.

Surprise and joy of discovery justified by a contemporary cultural context, promise a great experience.

Asahi beer personality tries to convey the philosophy and lifestyle of modern Japan. Its taste and packaging are presented as an equivalent to the discovery of a modern country that balances through its history and the present, while trying to maintain an independent relation with culture through time.

The idea is to look into this identity. What contemporary values expresses the brand, and if we were to discover a space and place sharing the brands attributes, what would be it?

The Worldwide known Japanese architect Tadao Ando along with his fellow countrymen visual artists and printmakers of the Sōsaku Hanga movement like Kōshirō Onchi, Yoshida Masaji and Reika Iwami who one way or another have articulated the modernism movement in the country, seem to share a common philosophy with Asahi brand.

Whether it is curiosity, the quest, discovery, cultural fusion, modernism, the non-ordinary and the unexpected element, they initially answer the same existential question that Asahi introduces. Sharp elements, naked concrete, glass and metal shine, opaque printed forms and saturated colours, simple yet expressive gestures, best describe the brand identity and essence of Asahi.

Karakuchi, as the key brand philosophy of Asahi concentrates all important attributes that form its essence; sharpness, dryness, spiciness, cleanliness and the ‘quick taste finish’ as they call it, while Tadao Ando’s philosophy is based on the ‘haiku’ effect, related to the well-known poetry form, where phrases end with a cutting word called ‘kireji’.

Asahi wants to adopt a visual personality within this direction and seems to be inspired by the same meta-zen philosophy of the Japanese modernism, expressed through materiality, simplicity, cleanliness, sharpness and wheightlessness.

The tagline ‘…is not our glass of beer’ refers to the British expression ‘not my cup of tea’ and highlights the non-ordinary, non-classic, and non-expected character of Asahi beer.

A ‘mixed media’ technique has been chosen for the layout, to bring together the different aspects of Japanese modernism. Forms are inspired by Glass of beer reflections that articulate a dystopic and formalistic universe. 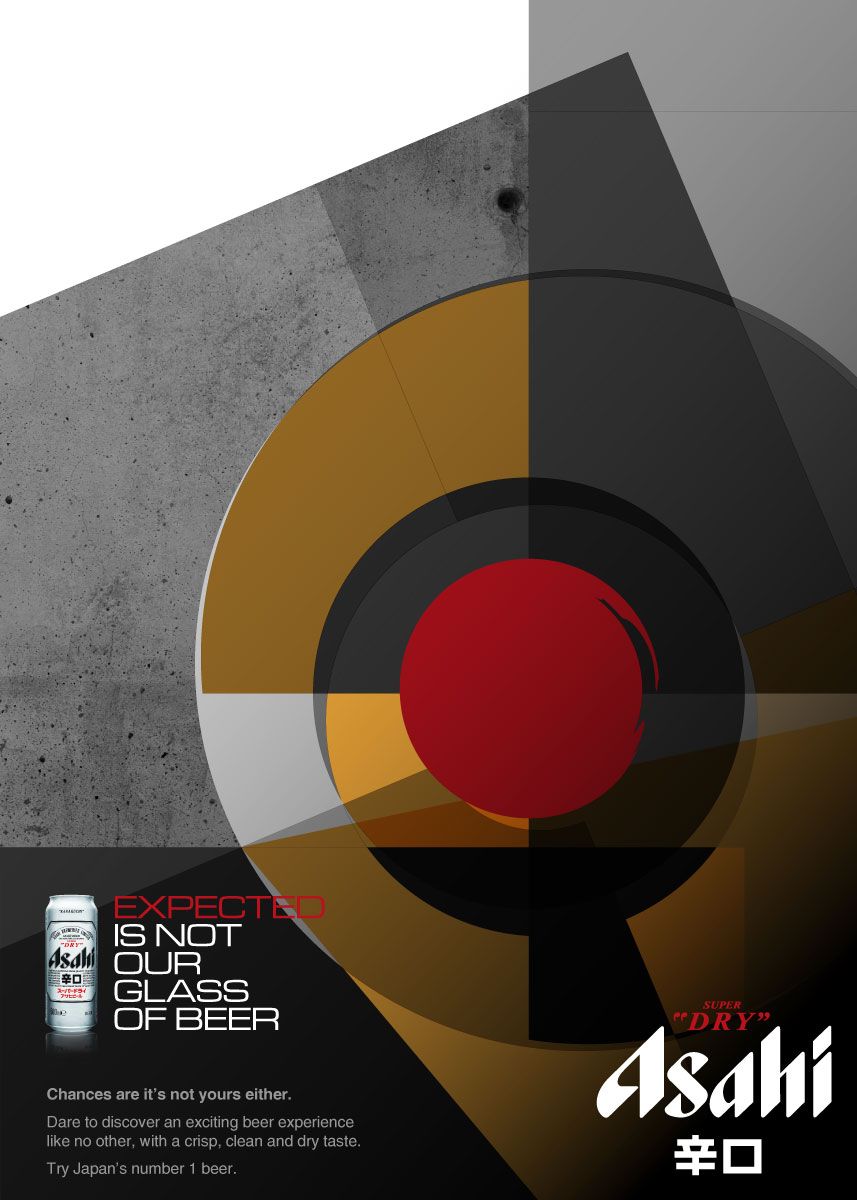 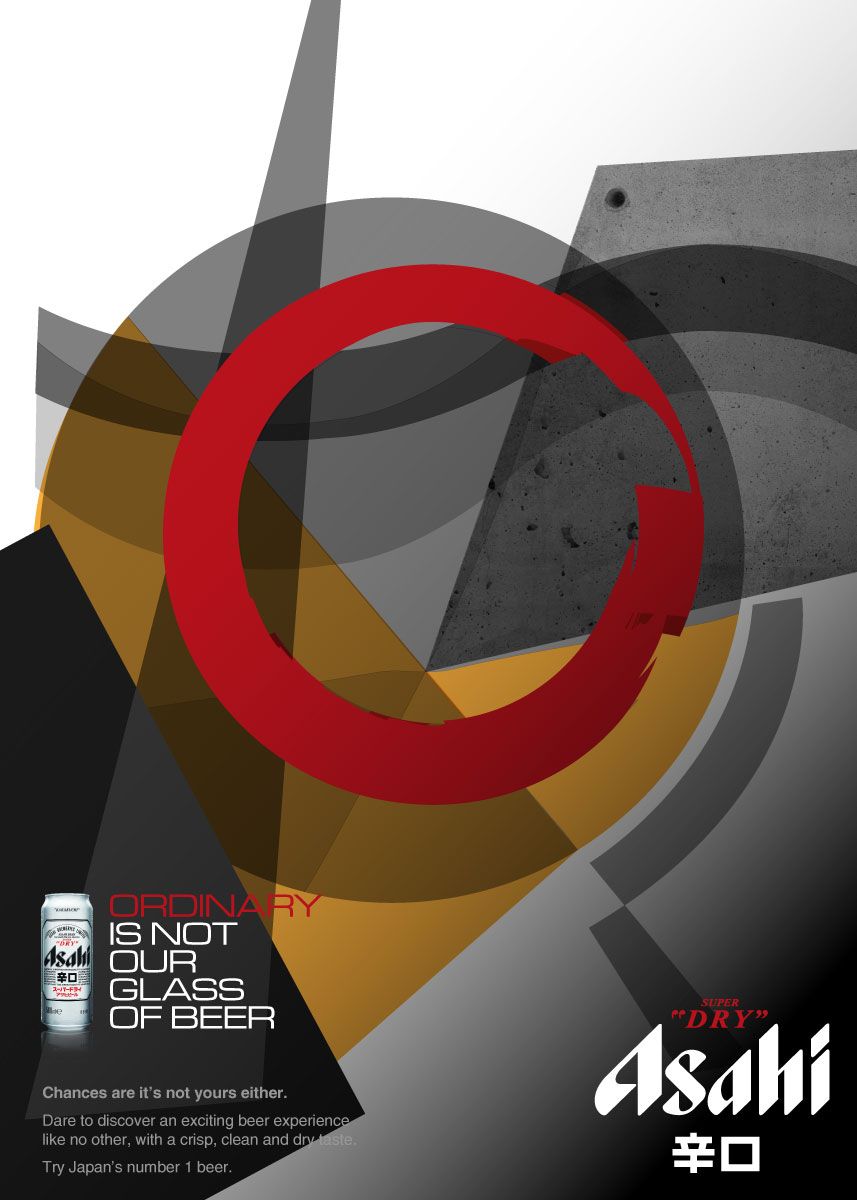 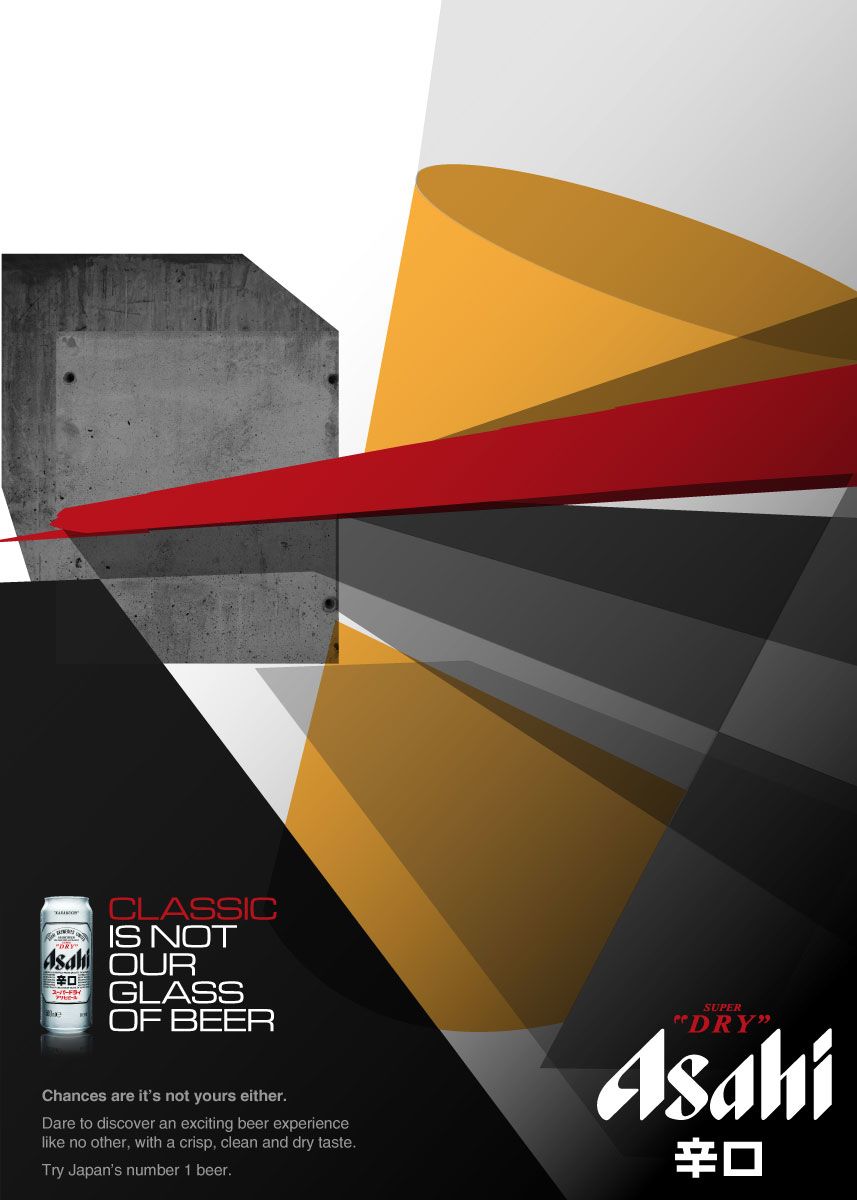 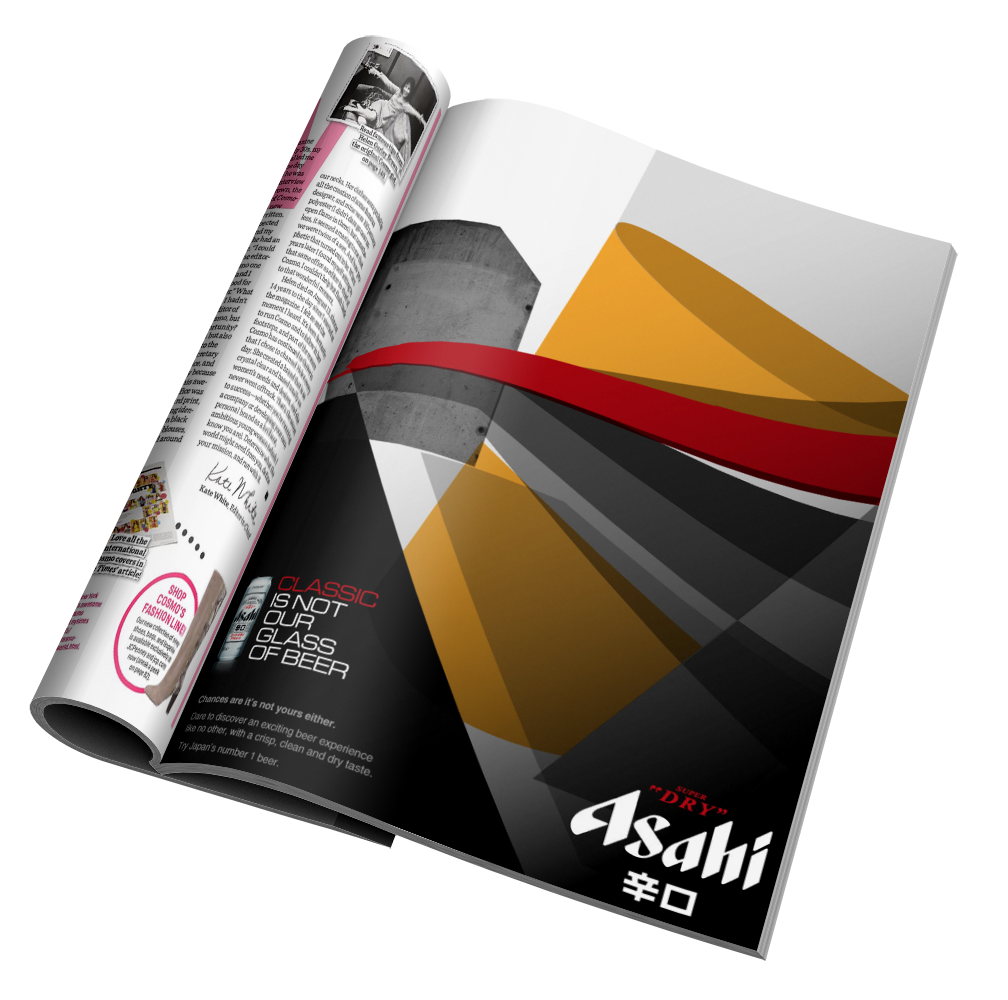 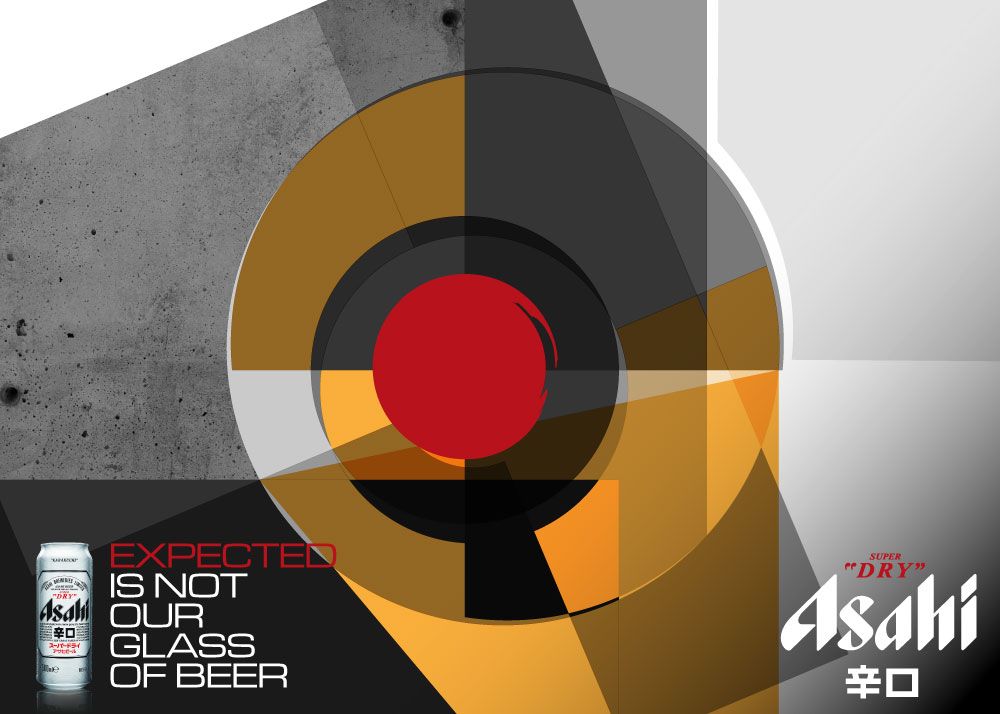 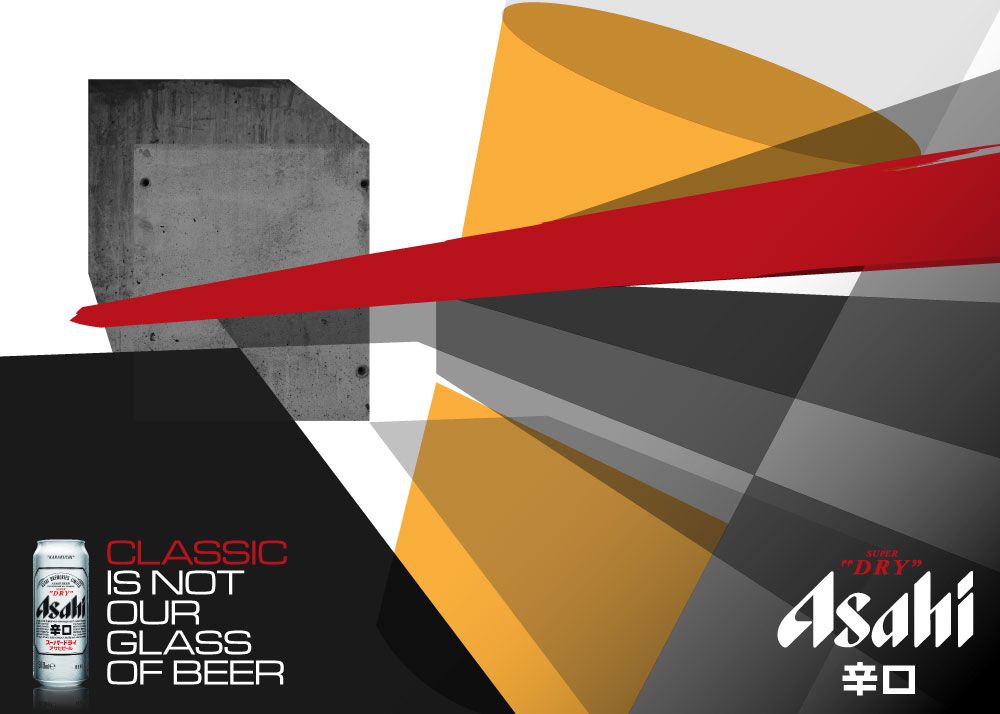 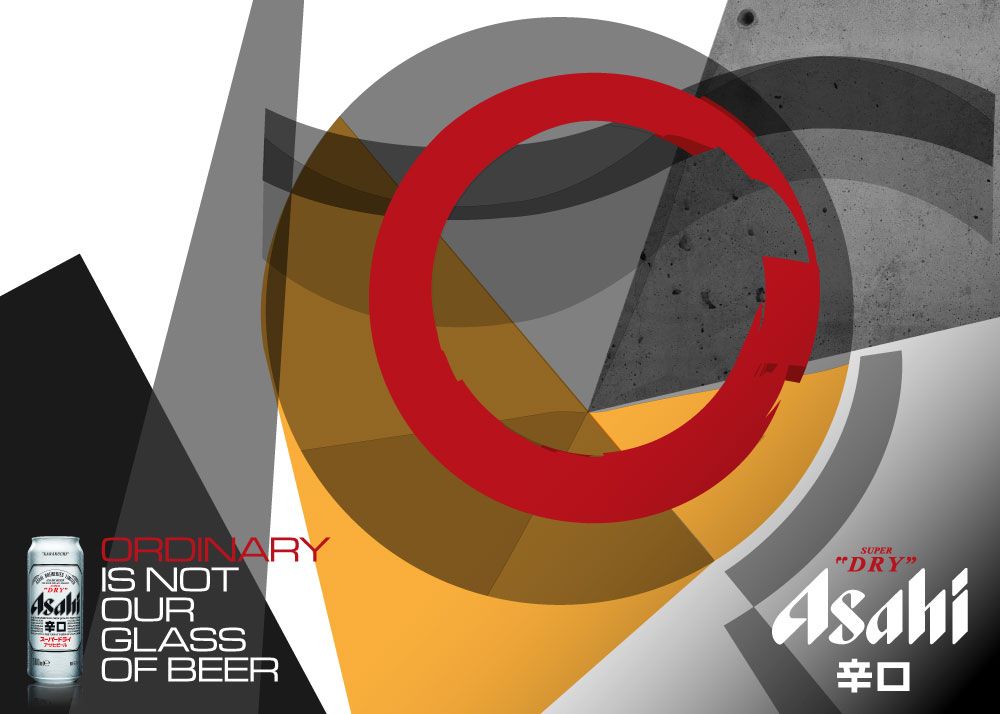 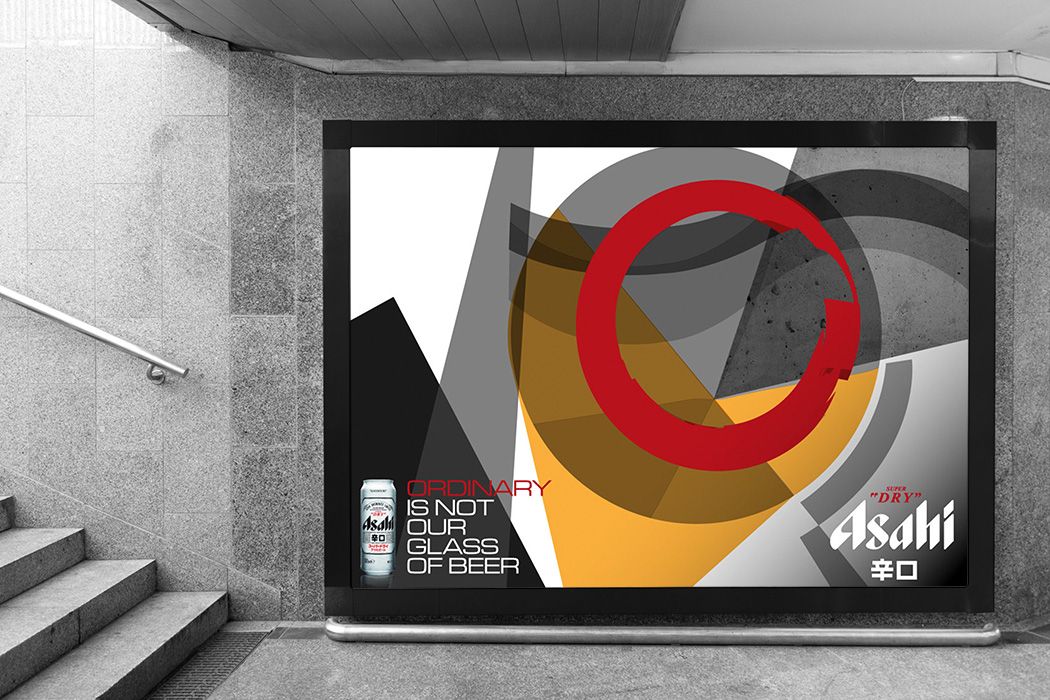 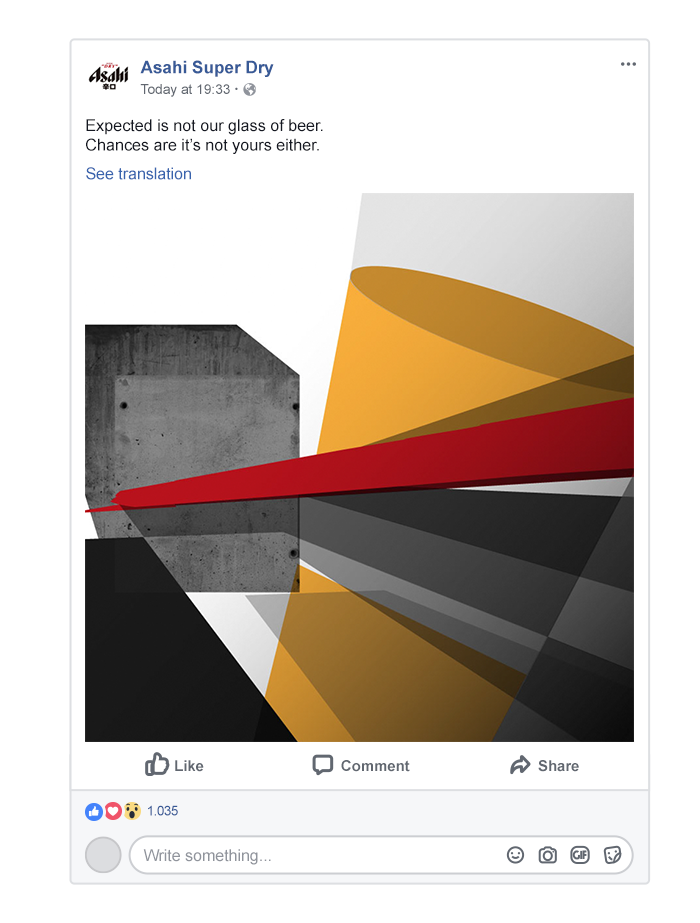 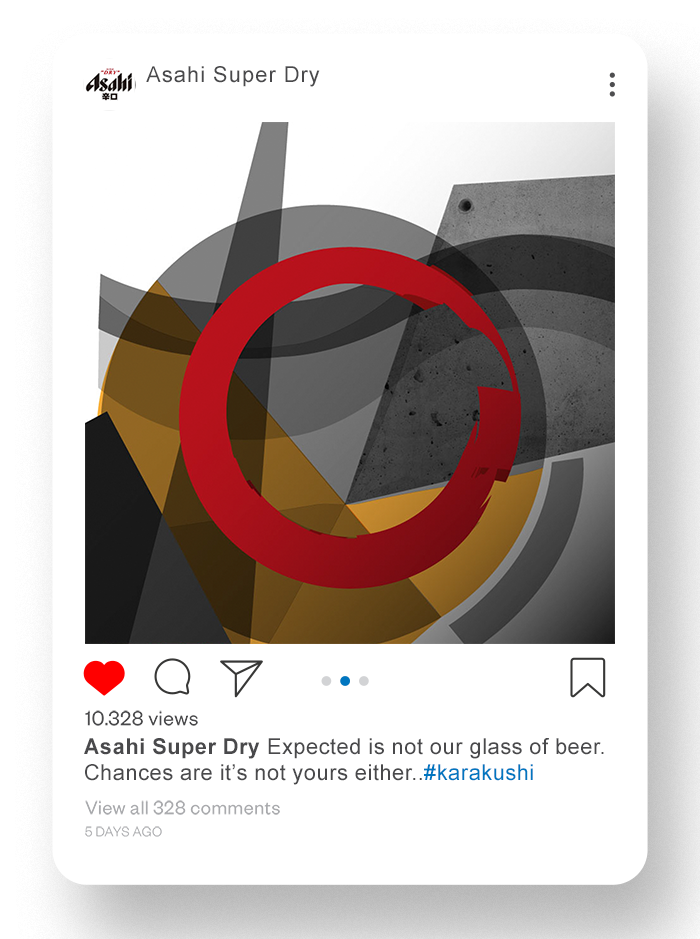 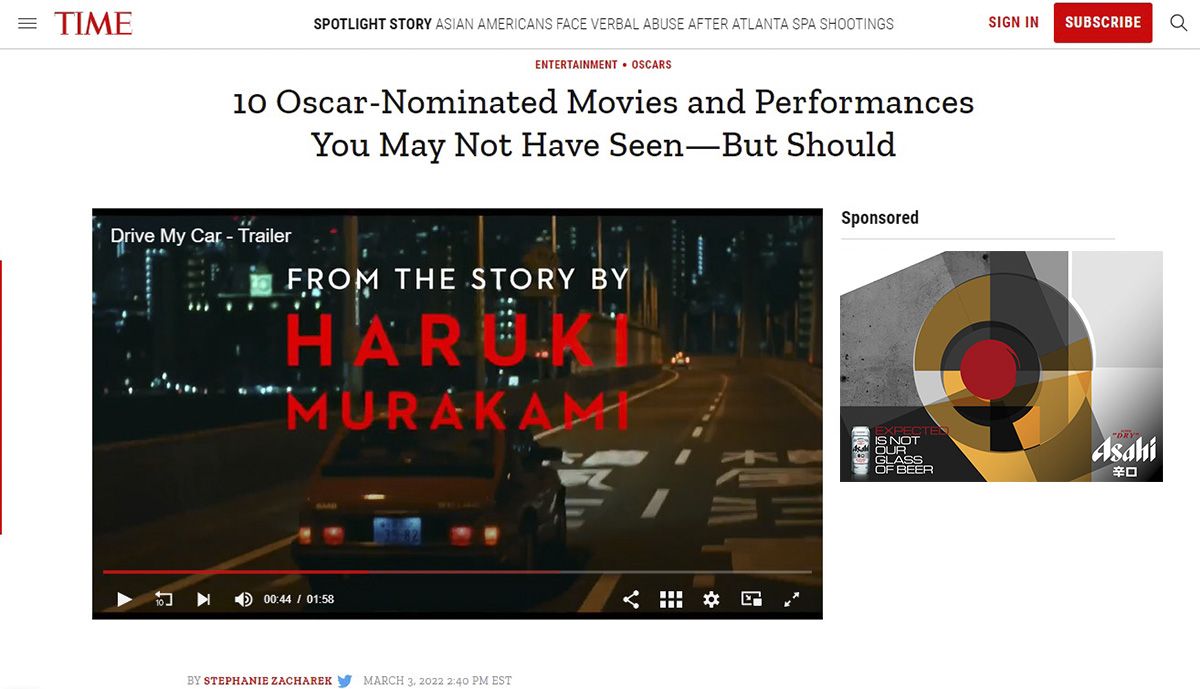